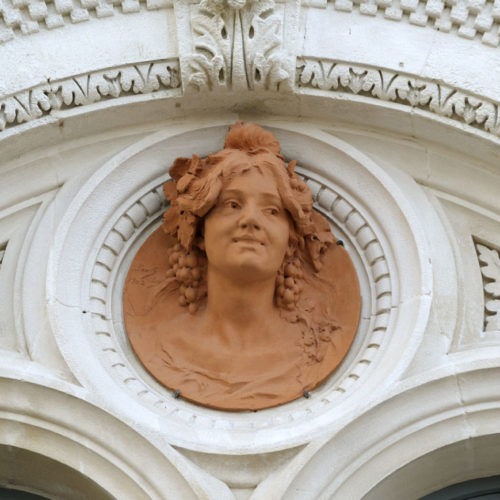 The Museum
A static world tour, a window on the world.

Totalling more than 9000 objects, the rich collection at the Joseph-Denais museum has a universal character. If the history of Beaufort constitutes the “backbone” of the museum, all other aspects are represented there: natural sciences, fine arts, archaeology, objects of local and foreign ethnic origin.

Egyptian mummies side by side with Camille Claudel sculpture and dinosaur fossils…. An encyclopaedic and unusual place for young and old alike.

Since September 2019, part of the textile collection at the Joseph-Denais museum has been at Parisian studios to undergo restoration work to stabilise, clean and to carry out some re-modelling.

In order to make a selection from the numerous items on the textile inventory, a preliminary study was carried out in 2019 classifying the collections according to the degree of urgency of intervention. Beyond the conservation of heritage, this restoration programme is also an opportunity to study some of the museum’s little known items and also to reflect on the theme for a temporary exhibition. This exhibition entitled “Elégance, modes et vêtements des grands jours” will be shown at the museum in Spring 2020. 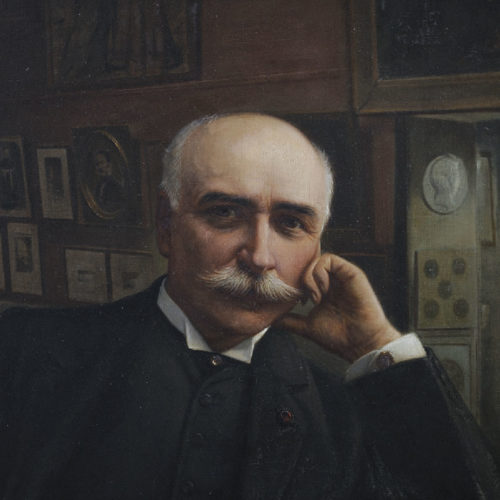 Born in Beaufort to a relatively modest artisan family, from an early age, Joseph Denais was passionate about the history of his “little birthplace”. A notary’s clerk and then tutor at the military school in La Flèche, this scholar became a journalist thanks to his commitment to the social Catholic ideas at that time. In 1885, Joseph-Denais was elected a member of the Administrative Council for the Association of Parisian journalists. There he became secretary general and remained so until 1909.

Very keen on history, Joseph-Denais was a passionate collector from a very young age. In 1894 he decided to offer his vast collection to the commune of Beaufort on condition that a museum would be opened to the public. He took on the role of museum curator right up until his death in 1916, all the while continuing to enrich the collection.

Through his duties at the heart of the powerful Parisian Press syndicate he participated in journalist conferences abroad which enabled him to travel and collect further objects and also to instigate meetings which allowed him to enrich the museum. Determined and pugnacious, Joseph-Denais knew how to win the confidence of the people of Beaufort who gave him numerous objects depicting local life; artists were also pursued to donate works from their studios as well as contributions from influential Parisians ( Baron Alphonse de Rothschild, Emile Guimet…) In order to complete his collections, Joseph-Denais turned to the storerooms of other museums such as Cluny, Guimet and the Sèvres factory.

“I never lost sight of the intention to create, however improbable it might have appeared, an interesting, impartial museum in Beaufort, out of the reach of all those who divided or could divide us, a museum capable of teaching the inhabitants, of captivating them and even attracting foreigners passing by; being able to offer to our future citizens that which was missing to those of my generation”. Joseph-Denais quote from the introduction to the public catalogue in 1908.

ThemesA Stroll through the 7 rooms 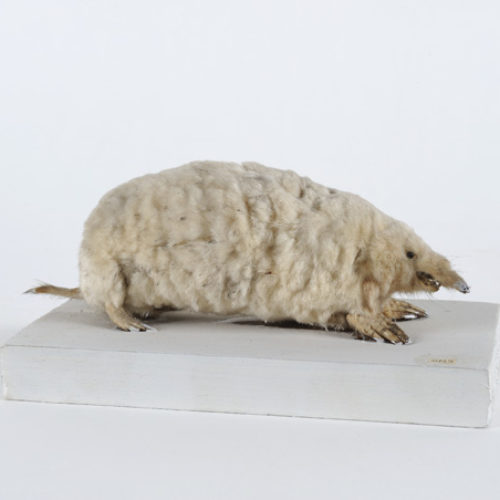 In the natural history gallery, the collections are focused on mineralogy paleontology, ornithology and zoology. 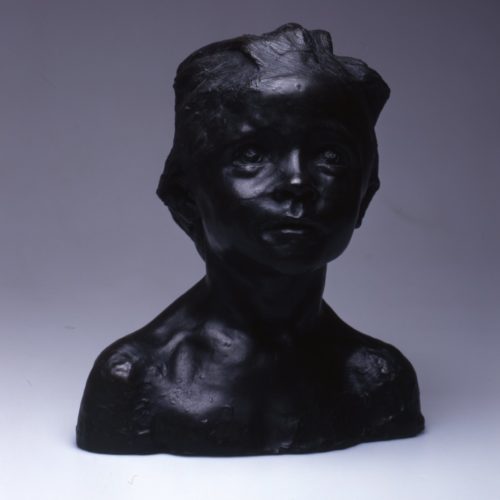 The main fine arts room with its high glass ceiling presents a group of paintings, sculptures and decorative arts, mainly from the second half of the 19th century. 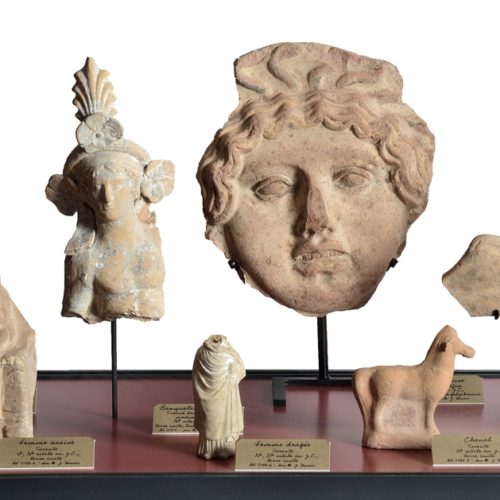 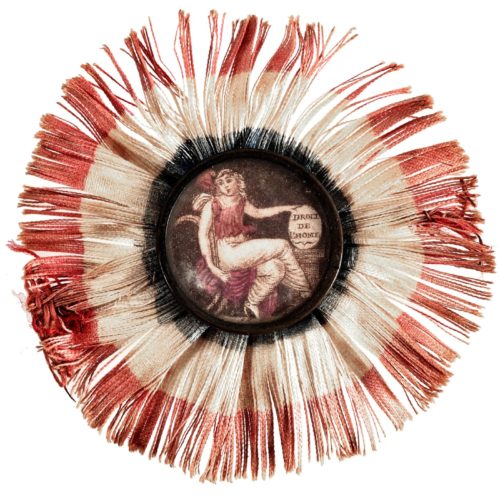 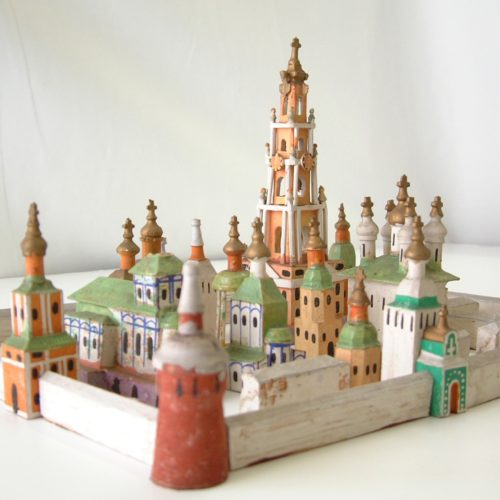 Displayed in the gallery dedicated to Joseph Denais’ Travels are objects of foreign peoples and cultures, objects he brought back from countries visited or acquired during world exhibitions. 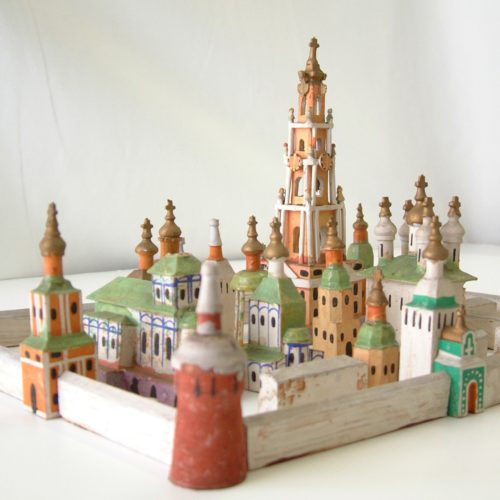 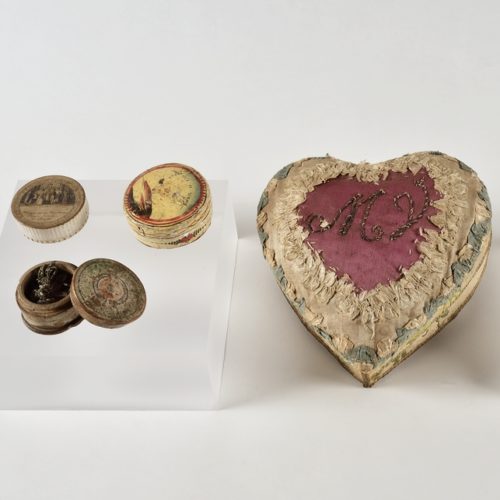 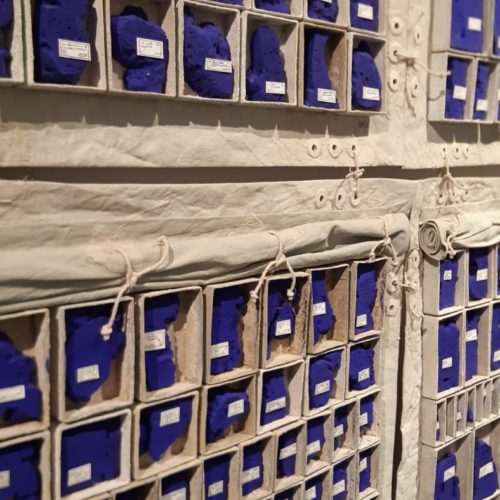